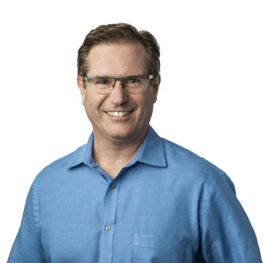 David grew up in Edmonton and after going to McNally High School enrolled at the University of Alberta. David initially enrolled in general sciences in order to have some flexibility in deciding what career path to follow. Teaching, computer science, and business were all considerations, but it was the flexibility and potential of a business career that led David to the faculty of business. An accounting major appealed to David in his final year since it provided the opportunity to interact with many different people and fulfill his desire to teach others what he knows.

David received his B.Comm from the University of Alberta and was awarded his CA designation in 1990. After articling with KPMG, he worked for two years in industry. First as a lending officer at a trust company and then at a large retailer as CFO.

David began his own practice in 1992, and after 4 years on his own, he merged his practice with Gary Koehli’s to form Koehli Wickenberg, now KWB LLP. David received his Certified Financial Planner (CFP) designation in 1997 and uses that knowledge to provide full service plans that merge company and personal strategies.

David is married and has two children.

David has previously served on the board of Deal Generator, an initiative of EDE. He also served on the Board of the CKUA Radio Foundation and was the vice-chair for 2005 and 2006 and chair of the planning committee during that same time. It was during his term as chair of the planning committee that he helped develop the first full strategic plan for CKUA.
David was a member of TEC, the Canadian arm of Vistage, the world’s largest executive coaching organization, for almost 15 years. It is through TEC that he learned the value of Culture, Vision, Mission as well as many other tools that KWB uses. The knowledge learned from TEC helps KWB assist small businesses in achieving better results.

When he’s not preparing tax plans and managing the business, David loves to play basketball or squash and also spends lots of time with his family.