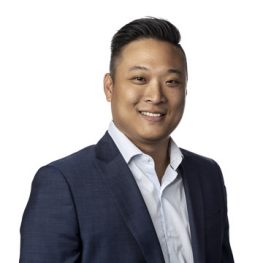 Johnny received his Bachelor of Commerce Degree in 2011, from Athabasca University. In April 2013, he joined the KWB team and began pursuing his CPA designation. He was officially admitted as a CPA member in December 2016 and continued working as a Senior Staff Accountant at KWB. In February 2019, Johnny was promoted to the role of Manager at KWB, and now continues to expand his knowledge and experience in a variety of areas.

In his personal life, Johnny is a proud father to two beautiful girls, who regularly surprise him with their own achievements. He and his wife are continuing to enjoy all the experiences of their parenting journey…except for the still persisting lack of sleep. In his minimal spare time, Johnny enjoys watching movies, going for long walks, and still attempts to find time to sneak in a date night here and there.